The IORP II directive introduces new governance and risk management requirements for pension funds in 2019. Under IORP II, all European pension funds must have independent key staff (actuarial, risk management and internal audit) and draw up their own risk assessment. As a pension fund, you naturally wonder what the impact of IORP II is on your business operations. Which contributions are you expected to make and how are you preparing for them in good time? 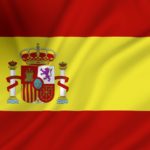 Triple A opens office in Spain!

Triple A – Risk Finance is growing. And now that Triple A is working for a growing number of clients in Spain, such as VidaCaixa, Medvida and Zurich, it’s time to open an office here.
Read more
All publications
services and solutions
Solution IORP II Risk Governance Scan

Competition in the insurance market has increased sharply, putting necessary pressure on your business operations. You need to save costs because of the pressure on premiums.

Understanding financial risks is a complex matter. We lay the foundations for your strategy and help you comply with laws and regulations.

IORP II is a directive from the European Union to harmonise the supervision of pension funds. These regulations come into force in January 2019 and IORP II is part of the legislation and regulations for pension institutions in the Netherlands. As the supervisory authority, DNB ensures that pension institutions comply with the IORP directive. In order to meet the requirements in good time, pension funds must begin working now.

Poor preparation can lead to gaps in business operations resulting in risks that may not be adequately managed.

Poor preparation can lead to gaps in business operations resulting in risks that may not be adequately managed. Moreover, there may be an overlap of work between new and existing functions potentially resulting in unnecessarily high implementation costs.

The core of IORP II lies in the separation of powers: implementation, advice, and control must no longer be in the same hands. This means you must appoint key functions, embed risk management firmly in the governance and decision-making process and make it clear how this works. Therefore, you need insight into the extent to which your organisation complies with IORP II, so that the fund board can set the right priorities and make better decisions.

For many pension funds, the formalisation of the tasks and powers of the second line in particular, requires much attention and refinement. The actuarial function as designed under IORP II, has a lot of overlap with the current certifying actuary and advisory actuary.

In the coming year, pension funds will have to invest in roles and tasks under this model in order to be able to comply with IORP II.

The ERB is a new mandatory element in IORP II, comparable to ICAAP for banks and ORSA for insurers. Although insurers initially perceived the ORSA largely as a compliance exercise, many boards of directors now recognise its added value. The ERB offers pension funds the opportunity to project risks into the future and to align them strategically. The ERB also addresses risks outside the standard FTK and FIRM frameworks and the ALM. Using extreme scenarios and ‘what if’ analyses gives the board a lot of valuable information.

Although pension funds have already regulated many IORP II elements, many are still working on their IORP II approach. Triple A has designed an IORP II risk governance scan for this purpose. This scan provides you with a clear picture of the fits & gaps between your current situation and the new requirements. The scan enables the fund to set the right priorities in adapting the fund’s governance and risk management. The results of this IORP II scan provide the pension fund with a clear starting point on which to base its further implementation plan.

Share through
Call me back
Does it seem interesting to grow with us?
Related vacancies